Customer X had an 8 channel ISDN30 with an Avaya IP Office telephone system and 30 extensions, which they purchased in 2006 for approximately £30,000

They have been paying £3,000 per annum in maintenance and support of the phone system in addition to line rental and calls.

In addition they were paying for calls at 2p per minute to local/national, 14p/minute to mobile and were being charged a 5p connection fee per call by using a local CPS provider who was saving them 25%-30% over BT’s standard pricing.

They were then spending on average £650 per month on calls

They were also paying £650 per month for an EFM based 10 Mbit internet connection having upgraded their 2 Mbit SDSL service a few years earlier.

Fido were able to provide a 30 extension solution based on our Fido Cloud PBX service, and also install a 100 Mbit leased line to carry voice and data services and reduce their annual costs considerably.

Their initial spend on new handsets including setup costs came to £5,000 (compared to some £30,000 when they bought their on premise PBX 10 years earlier)

The 100 Mbit leased line was installed free of charge (this was before the UK.Gov Connection Vouchers scheme which now allows you to save up to £3,000 on setup fees)

Their call costs also reduced by some 72% (landline calls at 1p/min, mobiles at 6.5p/min and a connection charge of just 2p/call) to just £180 per month like on like.

Overall they saved £8,928 per year by moving to Fido and our hosted services, whilst also upgrading their leased line from 10 Mbit to 100 Mbit and replacing every desk phone giving staff new, reliable phones.  The phones we supplied (Yealink) were at the time supplied with a 2 year warranty.  This has now been replaced on all new handsets sold after 1st Sep 2015 by a lifetime warranty making this an even better proposition going forwards.

The customer now has an easy to use web interface allowing them to add / remove / change extensions as required, and can upgrade / add additional phone lines quickly and easily – whether they need the additional capacity permanently or just for a few weeks to cover a new marketing campaign / seasonal increases in calls.

If you would like to see how you can upgrade and make real savings please
don’t wait, call Fido today
or email sales@fido.net for more information 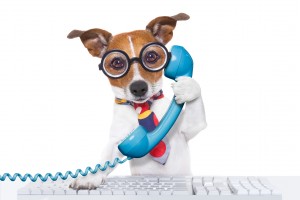 and one of Fido's experienced staff will work out the best deal for your business today.